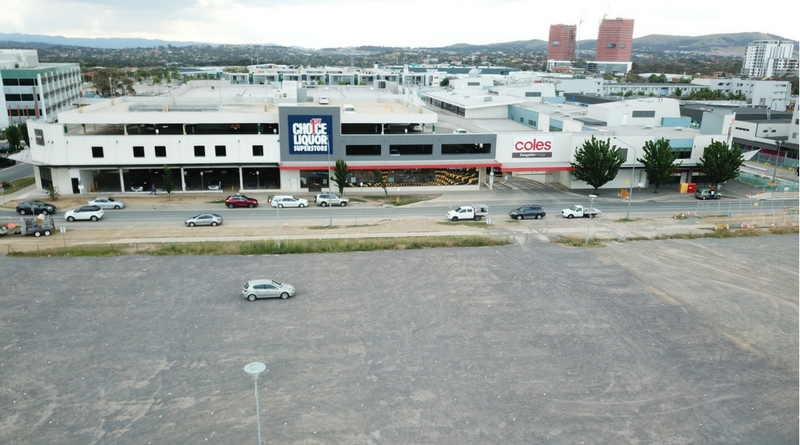 The most common question we get in regards to Gungahlin is what is happening with the cinema development?

The short answer is nothing due to a legal matter before the courts. In this article we will provide the history and where things currently are at based on our understanding.

In September 2012 the ACT Labor Government committed to allowing for a cinema development in Gungahlin. Block 1, Section 12 Gungahlin was released for this purpose. This site is bounded by Hibberson, Hinder, Kate Crace and Efkarpidis Streets, which is within the main shopping and entertainment precincts of Gungahlin. See the map below.

In February 2013 MLA Andrew Barr advised that Expressions of Interest (EOI) were released to the market in 2012 which subsequently closed in November 2012. We were told applicants from that process were to be invited to participate in a select Request for Tender (RFT) in March 2013 with the preferred tenderer to be announced in June 2013. At that time we were told development of the complex was proposed to commence in late 2014.

In June 2013 we followed up on the RFT process to find out who the preferred tenderer was to be told the RFT was to be issued in that month to three successful respondents from the EOI process. The RFT was to close in August 2013 with the preferred tenderer to be announced in September 2013, 3 months after the original date. We were told the delay in the release of the RFT was due to further detailed site investigations being undertaken at the time. We were also told development of the complex was still proposed to commence in 2014 with the cinema anticipated to open in late 2016.

In November 2013, two months after we were told the preferred tenderer was to be announced, it was announced Krnc Group was the developer to build the centre with the cinema.

In November 2014 noting the lack of construction activity on the site and previous comments stating construction was to commence in 2014 we followed up on another update. The update we received was that an official announcement for the cinema operator was expected to be made by the end of the year and as part of this a completion date would also be announced. The late 2016 opening date previously slated was not looking good!

We were told that contracts were exchanged between the Land Development Agency and Krnc Group in December 2014 and settlement was planned for April 2015 however this date was not achieved and was extended to May 2015 which was also not met. We were then told the absolute latest date for settlement would be 31st October 2015. It was confirmed on the 30th October that settlement did occur in time for this last deadline.

In January 2016 expressions of interests was issued for the leasing of the proposed cinema to Hoyts Cinemas, Event Cinemas and United Cinemas. All three cinema operators provided responses to this expression of interest. In April 2016 it was announced the cinema operator was to be Hoyts.

In April 2016 we were told that a Development Application (DA) was expected to be released in mid-2016 with construction to commence in early 2017.

In March 2017 the development received all the relevant approvals and we were told at the time construction was expected to commence soon and the complex to open by the end of 2018.

In November 2017 signs went up at the site stating ‘Private Property NO UNAUTHORISED ACCESS’ and access to what was a car park on the site been blocked off with a chain across the driveway. We are unsure when the signage went up but there is another sign advising the car park would close on Thursday 23rd November 2017. The sign advised ‘No unauthroised car parking will be permitted after 9pm Thursday 23rd November 2017. Cars left unattended after this time may be towed at the owners expense’. Notes were left on vehicles advising who to make contact with to be able to remove their cars after the driveway was chained up. We were told at the time this was to allow survey activity to commence. The chain no longer stops vehicles entering this area and people are parking on this block again.

Construction commencement has been impacted by a legal proceeding between the developer and United Cinemas. It was announced in April 2016 that Hoyts Cinemas would be the cinema operator. United Cinema’s in March 2016 lodged a caveat over the land where the proposed development is to be built being Block 1 Section 12 Gungahlin. The terms of the caveat is based on the claim by United Cinemas as having “an equitable interests as lessee under an unregistered agreement for lease and an unregistered lease”. You can read details of the case here: United Cinemas Austrtalia Pty Ltd v Gungahlin Lifestyle Pty Ltd

You have probably noticed the hive of activity at the old Magnet Mart site with roofing coming off, new walls...
Read More