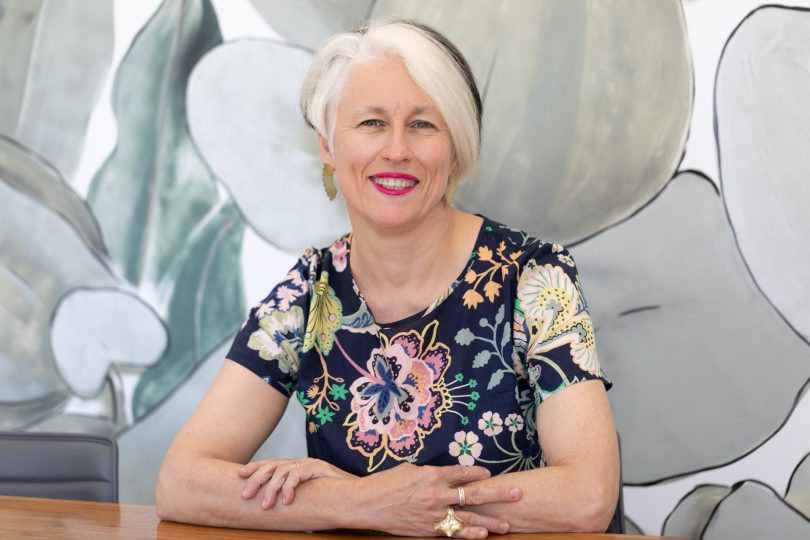 Region Media Group Editor Genevieve Jacobs has been recognised in the Australia Day Honours for her service to broadcast media and the community, being made a Member in the Order of Australia (AM).

The indefatigable former Canberra radio presenter was the ABC’s loss but the growing digital media group’s gain when she fell victim to the national broadcaster’s cost-cutting, bringing with her a host of community connections beyond her broadcasting role.

Ms Jacobs is a member of several boards and committees in the national capital, chairs the ACT Minister’s Creative Council, co-chairs the Inaugural ACT Reconciliation Day Council, and is a director of the ACT Cultural Facilities Corporation and the Australian Centre for Christianity and Culture.

She is heavily involved in music as a director of the National Folk Festival and as a member of the Canberra International Music Festival board and the ANU School of Music advisory board. She is a patron of ACT Wildlife Rescue and a director of the Conflict Resolution Service.

Ms Jacobs says community has been at the heart of everything she does, a product of her background growing up in country Australia and its strong ethic of service.

”I like being busy. My grandmother used to say that she liked being busy enough that she had just too much to get done in one day, and I think I’m like her to some degree,” she said.

While it had been very sad to leave the ABC where she was a household name, she says Region Media, owner of the RiotACT and About Regional websites, offered her a wonderful opportunity to be a part of a free and growing media model that is grounded in service to the community and local stories.

”It’s been an honour to be able to take those integral values from the ABC and to bring them to Region Media and work with a wonderful team,” she says.

She sees Canberra very much like a large country town, where people connect in the same way that country communities do.

”There are strong networks, a strong community spirit, and once you understand that, that makes it actually a great place to do things for the community as a whole because you’ve got the capacity to form connections,” Ms Jacobs says.

”We saw that with the bushfires. One of the things RiotACT and Region Media was able to do was to strongly connect the community through our knowledge on the ground and strong networks.”

She says a robust, independent media remains integrally important to Australia’s free press and democracy, and the worrying trend towards media outlets losing connection with the community and being ruled wholly by the dollar had to be combated.

”We’re in a very transitional time for the media,” Ms Jacobs says. ”It’s important for there to be a voice in the community that understands that community and is motivated by service of the community rather than easy clicks. Strong community networks are integral to what we do.”

READ MORE: Leading Australian public servant puts retirement on hold to give back

Region Media‘s potential for growth is unlimited, and its operations are thriving across the south-east, Ms Jacobs says.

”We’re now looking to the next steps for expansion but also deepening our coverage of the things that matter to people in the Capital region,” she says.

The many things that matter for her include a passion for the arts and social justice issues.

”I try to build an understanding that the arts are integral to the fabric of our community, they’re not a second-best or an add-on, they are integral to our identity and who we are as a community, but also that all citizens ought to be given equal access and equal voice and equal opportunity to be treated with justice and dignity,” Ms Jacobs says.

The honour comes as an enormous surprise, and while she is undeniably pleased, one of her children was quick to put it in perspective: “Congratulations, that’s great. No offence, but what for?”

”No chance of delusions of grandeur there,” Ms Jacobs says.

A Gungahlin woman has been left heartbroken after her request to say goodbye to her dying mother and attend the...
Read More